Unlike many other regions in the world where gambling is only regulated by government while remaining private, the law in Norway is quite different. Let’s take a look at the laws in Norway.

The first official law on gambling in Norway was instituted in 1902 under the Norwegian Penal Code. Under the law, only games of chance were allowed like dice games. This left out other games like poker and sportsbetting. Given that horseracing is a big sport in Norway, the Norwegian Penal Code still carried on Norway’s restrictive gambling laws. To offer these gambling services, companies and individuals required a special license from the government. 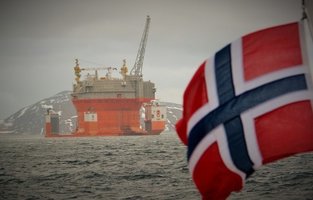 Seeing the increasing demand for gambling in the country, the Norwegian government set up Norsk Tipping for hosting national lotteries. As explained by Norwegian casino review website NorskCasino.review, this institution functions under the Ministry of Culture and Church Affairs as a fully governmental institution. The 3rd gambling law was passed in 1992 as the Gambling Act of 1992, and this expanded the role of Norsk Tipping beyond national lotteries. Under this new law, Norsk Tipping oversaw most other forms of gambling including card games, scratch card games, poker, keno and sports betting.

The most recent gambling legislation was instituted just 3 years later under the Lottery Act of 1995. It did not change any regulations on gambling, but merely defined all the forms of gambling that were permitted by law. Even with the rise of the internet and increasing online gambling, these laws are still in effect. Only these 2 institutions, Norsk Tipping and Norsk Riskoto, are allowed to host any gambling events, whether online or physically.

Gambling through foreign gambling companies is technically illegal in Norway, but unlike trading with foreign Forex brokers, it still goes on rampantly. These companies are not supposed to profit from the gambling activities, and all their profits are supposed to be donated for positive social activities. As such, these institutions are not motivated to provide the best services or odds. Despite the illegality, no one has been prosecuted over gambling with foreign companies, and the law is considered more of a threat.

The government also tried to stop the foreign gambling company betting by passing a law in 2010 that instructed banks to deny credit card requests for any known betting company outside Norway, but this did not work either. Now, the ministry seems to be open to allowing foreign companies to set up shop in Norway, although there still isn’t any law yet.

The Financial Supervisory Authority of Norway (Finanstilsynet) is the government institution in Norway that governs the financial markets, including online trading. Since Norway is not part of the EU, many of the financial regulations by the EU do not apply. However, there are no specific laws governing online trading in Norway, but Norwegians can trade with foreign companies.