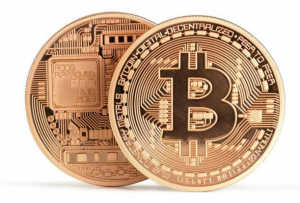 Cryptocurrencies are one of the most anticipated topics in the internet nowadays. The idea of currency that is not controlled by any government brings two opposite opinions. First side suggests that such currency is the most reliable in the world, since it cannot be easily manipulated by various monetary policies. The other side claims that cryptocurrencies are dangerous and can bring chaos to the world’s economy. Their biggest fear is that such payment methods will bring the new rise of black markets that are not taxed and not controlled by any legal authority.

The very beginning of the cryptocurrencies has begun in 1998 with the work written by Wei Dai called “b-money”. At that time such things as Bitcoin gambling, trading and mining were not common at all. Almost two decades later, these terms are common in the online world and most of the Internet users younger than 50 have heard about Bitcoins, dogecoins and namecoins. Moreover, in 2014 Auroracoin was released in Iceland as possible replacement to a flat currency. All these changes make one thing very clear, the world is accepting cryptocurrencies and prepares to make them as good as international money such as Euro and Dollars.

Bitcoins are the main cryptocurrency that is used in the world today. The development of the Bitcoin is dated by the year 2008 but the developer of this asset, Satoshi Nakamoto, made its software public in 2009. Officially this year is counted as the beginning of BTC.

Bitcoins are often characterized as the first decentralized cryptocurrency, meaning that there is no authority that can directly control the supply of BTCs. Such systems allow users to make their payments anonymous and this is why this digital currency has got such a popularity over illegal transactions.

Bitcoins are kept in the blockchains that exist on the Internet and are often referred to as fields. The process of getting Bitcoins is called mining and requires decrypting of the block of the information that contains some Bitcoin value inside. There are Bitcoin mining networks that spend their time decrypting blocks using the capacity of their computers and share mined amount between all participants. There are even mining farms that consist of servers with high computing capacity that are used for getting Bitcoins from the blocks.

Nowadays, Bitcoins came through ups and downs of their price and were claimed dead by different analyst and business magazines. But they are accepted by non-profit organizations as well as different merchants meaning that they can be easily converted to real goods.

How to trade Bitcoin?

Most of the users that are not experienced with digital currencies often recon Bitcoin gambling and Bitcoin trading to be synonyms, but in reality, they are not. Bitcoin trading requires more knowledge about exchange services and currencies while gambling does not.

Bitcoins can be traded in different ways. The first way of trading Bitcoins is by becoming a miner and is straightforward. You just start mining Bitcoins and exchange them for fiat currencies like Dollars or Yens. Due to high volatility, the price of Bitcoins can vary and if you trade correctly, you can enjoy additional profits.

Another way of Bitcoin trading is by using Forex broker. The main requirement is to find the broker that will allow you to trade on BTC/USD or BTC/EUR and get an account at this broker. FX Bitcoin trading has a few milestones. First of all, you would want to get familiar with cryptocurrencies and things that have an impact on their price. More to that, you will be required to observe Bitcoin mining trends if you want to trade successfully. Of course, Bitcoin trading also requires technical analysis, so we advise you to pick one of the best Forex books and start there.

How to make Bitcoin gambling?

Basically, gambling is a type of recreational activity. This activity does not require deep knowledge of money markets and FX in particular. You do not need to be experienced technical analyst to start gambling.

All that you need in order to get started with Bitcoin gambling is a suitable binary options broker or Bitcoin online casino. As soon as you will find any of those, you can start enjoying your game. Anything that fits you from slots and roulette to touch/no touch options is at your disposal in the world of BTC gambling.

As you can see, the internet development has forced such things as cryptocurrencies to become part of the world payment system. Moreover, the availability of both Bitcoin gambling and trading brings BTCs closer to people and allows diversified activities using Bitcoins.

Even though digital currencies have been proclaimed dead several times, they continue to develop and the best thing that you can do is to get yourself familiar with them.