Double tops and double bottoms are some of the most popular price reversal patterns in the Forex market. They show up frequently on 15-minute charts to weekly time frames. Let us define these patterns and see how we can use them. 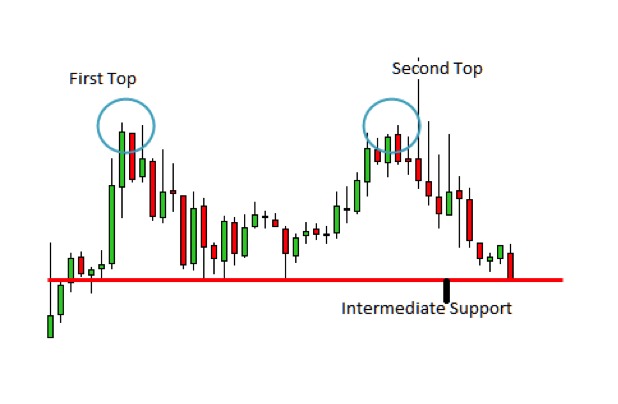 After a strong upward movement, you will notice in the chart two peaks or tops, which is a reversal pattern. Please note that when making a second upward movement, the price is not able to break through the level of the first peak. This is a strong signal of a trend reversal, because the chart indicates that buying pressure eased. If we would decide to open a short position, we would have placed an order to sell below the intermediate support line, because the breakdown of this line shows a trend reversal.

Generally, between the peaks, there must be at least 6 candles, to visually look like two peaks or lows rather than just two or three adjacent candles. But at the same time keep in mind that if the second peak is far from the first one, such a structure is not a pattern at all, it’s just a coincidence. A correction is possible, but not a reversal.

Double bottom of a Forex trend is also a pattern of trend reversal, but when we notice this on the chart, we should buy instead of selling. These reversal candlestick patterns occur when the market is bearish, and we notice a downtrend during which there are formed two bottoms. After a formed downtrend, the price forms two bases, because it stumbled upon some strong support. It has the same principle with the double top. In fact, the double bottom is a mirror image of a double top, and you also have to look for it when the market has a strong downtrend. 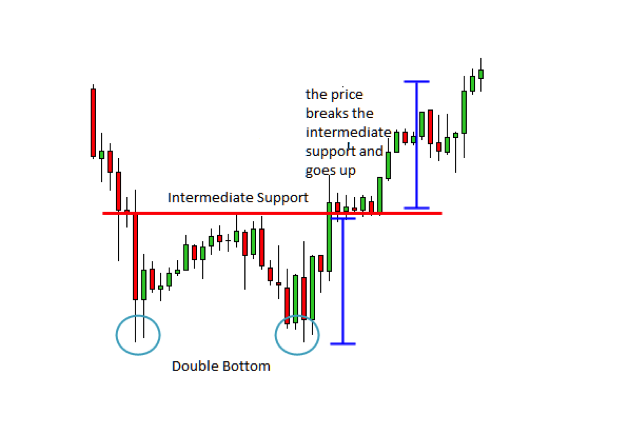 The same can be said about double tops, but at this time in upward trends.